Coronavirus Whistleblower Dies From The Disease In China

Top US Democrat Nancy Pelosi has accused the White House of an “unlawful attempt to hide the facts” after it ruled out cooperating with an impeachment probe of President Donald Trump.

The House Speaker fired back after the White House sent her a letter criticising the impeachment process as partisan, illegitimate and unconstitutional.

She responded by saying the letter “is manifestly wrong, and is simply another unlawful attempt to hide the facts of the Trump Administration’s brazen efforts to pressure foreign powers to intervene in the 2020 elections”.

“The White House should be warned that continued efforts to hide the truth of the President’s abuse of power from the American people will be regarded as further evidence of obstruction,” Ms Pelosi said in a statement.

“Mr President, you are not above the law. You will be held accountable.”

The White House had said President Trump’s administration will not cooperate in any way with the Democrat’s impeachment probe, calling it “constitutionally invalid”.

The probe, in the House of Representatives, is looking into whether Mr Trump abused his office by seeking a corruption probe in Ukraine of his political rival Joe Biden.

The White House said it objected especially to the fact that the lower house had not held a formal vote to launch the impeachment inquiry.

Democrats say it is not needed because the impeachment process is in its earliest stages, equivalent to gathering evidence for an indictment.

In a letter to leading Democrats, White House counsel Pat Cipollone said President Trump could not participate in an inquiry that violated fairness and due process. 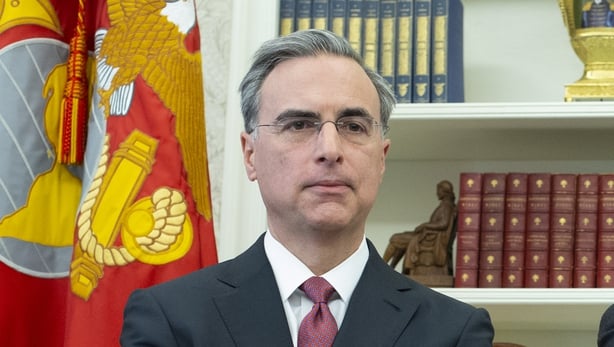 “Put simply, you seek to overturn the results of the 2016 election and deprive the American people of the president they have freely chosen,” Mr Cipollone wrote in his eight-page letter.

“Your inquiry lacks any legitimate constitutional foundation, any pretence of fairness, or even the most elementary due process protections,” he said of the impeachment inquiry.

“President Trump cannot permit his administration to participate in this partisan inquiry under these circumstances.”

The White House’s open defiance set Washington on a path toward a constitutional crisis and into unknown territory, with the potential for a court showdown just as the nation gears up for the 2020 election.

The cascading economic impact of the new coronavirus outbreak in China is becoming more apparent worldwide, with Apple’s surprise...