A self-described Russian “seductress” is asking for US help to escape a Thai detention center in exchange for information on alleged links between US President Donald Trump and Russia, according to her Instagram account.

Anastasia Vashukevich, who also goes by the name Nastya Rybka, says she’s being held in Thailand after being arrested on February 26, along with nine other Russians, in the city of Pattaya for running so-called “sex training” sessions. Rybka has said she’s from Belarus but entered Thailand on a Russian passport, a Thai immigration official told CNN.

While on the way to prison in Pattaya, Rybka published a video on her Instagram account begging US journalists to help her.

“I’m ready to give you all the missing puzzle pieces, support them with videos and audios, regarding the connections of our respected lawmakers with Trump, Manafort and the rest. I know a lot. I’m waiting for your offers and I’m waiting for you in a Thai prison,” she said.

Rybka has come under the spotlight in recent weeks after the Russian opposition politician Alexei Navalny published an investigation earlier this month on his anti-corruption foundation website into her connections with some of Russia’s richest and most powerful men.

Rybka has described herself as a seductress and has published a “diary” on “how to seduce a billionaire.” In the investigation, Navalny published video from Rybka’s Instagram account showing an August 2016 yacht trip with Russian billionaire Oleg Deripaska and Deputy Prime Minister Sergey Prikhodko. 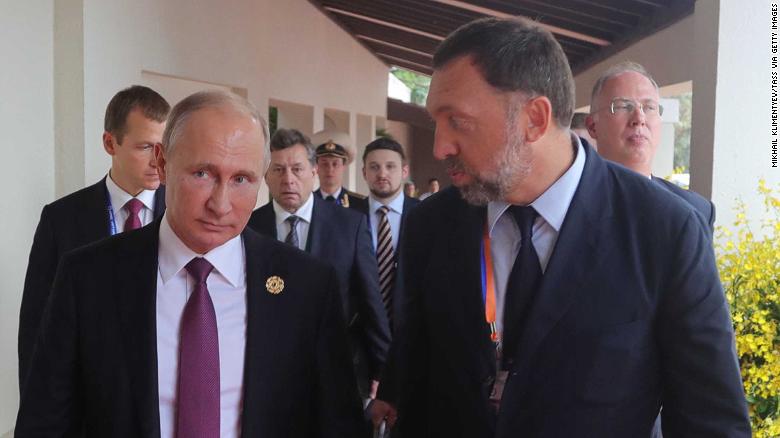 Russia’s President Vladimir Putin, left, talks to Oleg Deripaska at the 2017 Asia-Pacific Economic Cooperation summit in Vietnam.Navalny said the two men could be heard in the video discussing Russia’s poor relationship with the United States. Navalny suggested Deripaska and Prikhodko may have served as a link between the Kremlin and the Trump campaign. CNN has repeatedly tried to contact Prikhodko for comment but has received no response. 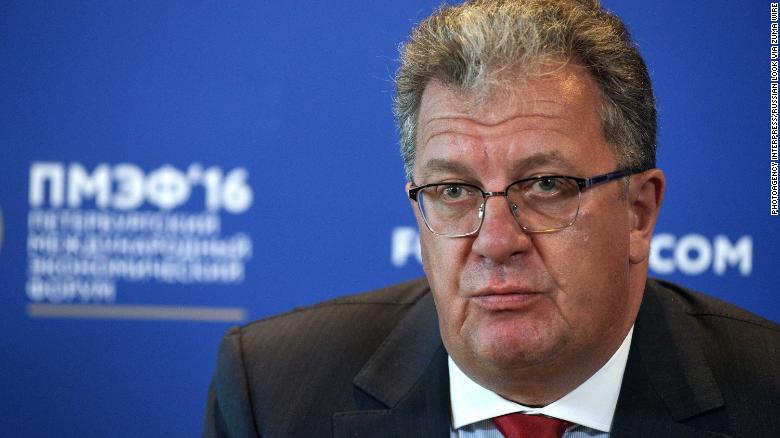 Deripaska previously worked with President Trump’s former campaign manager Paul Manafort. According to emails described to The Washington Post, Manafort, through an intermediary, offered to provide Deripaska with “private briefings” about the state of the Trump campaign. But a spokesperson for Deripaska told CNN that the billionaire “never received any communication about it.” Manafort’s spokesman told the Post that any briefing offered on the state of the campaign would have been “routine,” but that no briefings took place.

When he was confronted by CNN last year, Deripaska called allegations that he may have been a back channel from the Kremlin to the Trump campaign “fake news.” In a post on his Instagram account, he called the most recent allegations contained in Navalny’s investigation “outrageous” and “false.”

In a statement provided to CNN, his spokesperson said he was suing Rybka and her business partner because they “maliciously made his private photos and personal information public. If someone sneaked onto your house and then published photos from it you would do the same. This information was then used by Mr. Navalny as bait to drum up the interest of an audience, and make up a story far from any truth.”

CNN contacted Rybka after Navalny’s report came out but she failed to provide any evidence about Russian meddling in the US election.

The Russian Embassy consul in Thailand, Vladimir Sosnov, told the Russian state news agency RIA Novosti that 10 Russians, including Rybka, were detained for running “illegal training” sessions and were “awaiting trial and deportation from Thailand.”

The deputy chief of Pattaya’s immigration police office told CNN that Rybka, who was traveling on a Russian passport, was released on bail after being held for working in Thailand without a work visa. She was subsequently detained again and is being held in custody prior to deportation because her tourist visa was revoked, police Lt. Col. Dulayapat Techapornchayasin said.

Rybka has claimed she was arrested in Thailand on the orders of the Russian government because of the videos she published with Deripaska and Prikhodko.

“If we go back to Russia we will die in Russian’s [sic] prison or they will kill us,” a post on Rybka’s Instagram account said. “This is very serious. … Please USA help us not to die from Russians!”

After she was detained, a post on Rybka’s Instagram account suggested her arrest was connected to the recent arrival in Thailand of Nikolai Patrushev, the head of Russia’s Security Council and former head of the FSB.

The Kremlin dismissed any such suggestion, saying “such visits are, of course, organized in advance. It is quite ridiculous to associate it with the arrests of Russian citizens in Thailand.”