As President Trump is making his way through China during his Asia tour, First Lady Melania Trump is stealing the show with her elegant outfit on Thursday. The 47-year-old former model arrived at Beijing’s Great Hall of the People on Thursday donning a black Asian-inspired gown with pink floral designs. The gown is designed by Dolce & Gabbana and is said to have cost at least $3,975, according to AOL. 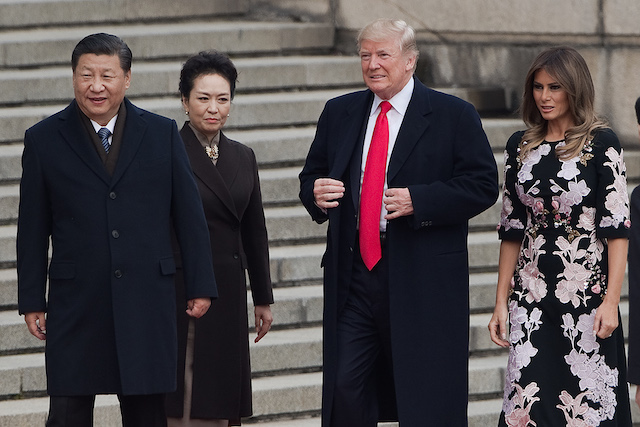 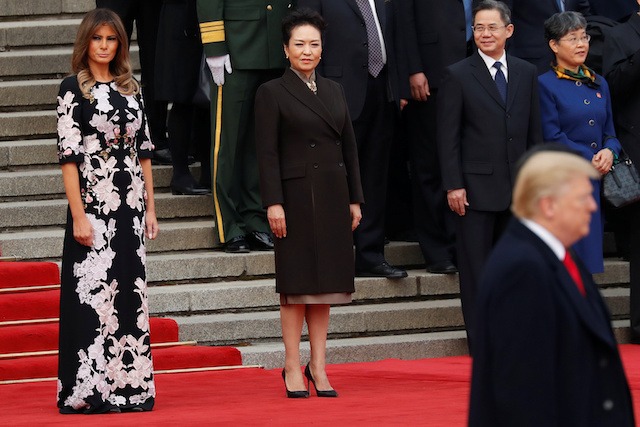 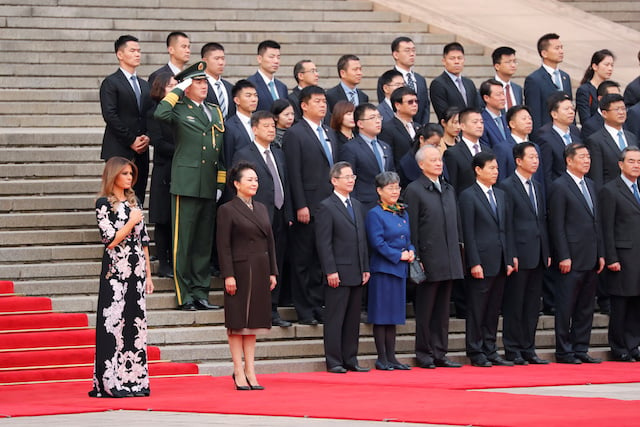 She and the president were welcomed to the country by China’s President Xi Jinping and his wife Peng Liyuan. During the ceremony, Trump and China’s president stood together on a platform as a Chinese military band played the U.S. and Chinese national anthems, while ceremonial cannon fire erupted in nearby Tiananman Square.