Choose your own conspiracy

It’s pretty clear that there are two Americas — one that loves Donald Trump, and another that can’t stand him. Although opinion polls suggest that the population of the latter is growing while the former shrinks, the divide over the U.S. president remains stark. 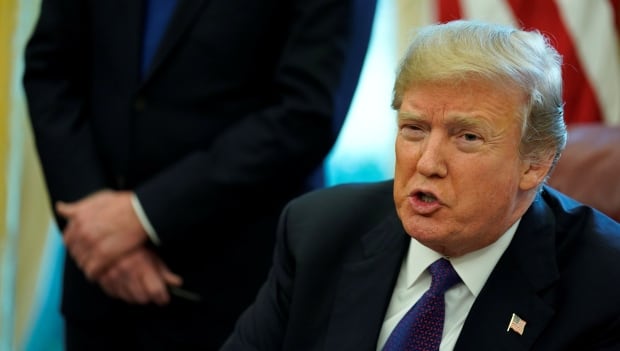 Some have alleged there is a ‘secret society’ involving high-ranking FBI officials that has been plotting against President Trump. (Jonathan Ernst/Reuters)

Take Special Counsel Robert Mueller and his ongoing investigationinto possible collusion between Trump’s 2016 campaign and agents of the Russian government.

The View From Moscow On The Trump Impeachment Inquiry

Trump haters are convinced that the former FBI director — who has already brought charges against four people in connection with his probe  — is closing in on “the truth,” as evidenced by reports this weekthat he is seeking to question the president himself. Or the new allegation that Trump doubled-down on his efforts to thwart the inquiry by asking James Comey’s replacement whom he voted for.

Those Americans who prefer Fox News and Breitbart are currently obsessed with a very different FBI “scandal”  — one that charges that top brass at the bureau are trying to “stitch-up” the president. 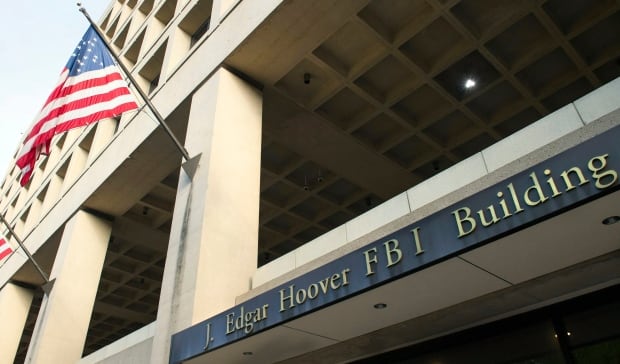 Peter Strzok, an FBI agent who was part of the investigation into Hillary Clinton’s use of a private email server and was later assigned to assist Robert Mueller in his Russia probe, has been critical of Trump in text messages. (Cliff Owen/Associated Press)

“There was a brazen plot to illegally exonerate Hillary Clinton and, if she didn’t win the election, to then frame Donald Trump with a falsely created crime,” Joe diGenova, a former U.S. attorney, said during an appearance on Tucker Carlson’s Fox gabfest earlier this week.

The supposed proof is found in a story that conservative media have seized upon, but the rest of the press has largely ignored: a romantic affair between an FBI agent and a bureau lawyer, and a trove of their text messages.

Peter Strzok, the agent, was part of the investigation into Hillary Clinton’s use of a private email server, and was later assigned to assist Robert Mueller in his Russia probe. He and Lisa Page, the lawyer, exchanged as many as 50,000 texts over a two year period.

Most are quotidian, but a select few criticized Trump — Strzok called him a “douche,” while Page suggested he should never become president.

Now Ron Johnson, a top Republican Senator and chair of the Homeland Security Committee, is pointing to alleged references about a “secret society” as an indication of a plot against Trump involving “high-ranking FBI officials.”

Trump has begun to push the same narrative. He tweeted about the text exchanges twice this week, highlighting the fact that some of the messages have disappeared.

In one of the biggest stories in a long time, the FBI now says it is missing five months worth of lovers Strzok-Page texts, perhaps 50,000, and all in prime time. Wow!

(No one has specified just how many messages are missing, and Trump’s guess seems high — by his estimate, the couple would have had to exchange upwards of 300 texts a day. And the FBI has offered a far more boring explanation: “misconfiguration issues” with bureau-provided Samsung 5 phones.)

Attorney General Jeff Sessions, who incurred the president’s wrath by recusing himself from the Russia investigation, is vowing to “leave no stone unturned” in the hunt for the wayward texts.

Overlooked in all this are the text messages that actually suggest that Strzok didn’t want to join Mueller’s team because his “gut” told him there would be “no big there there.” 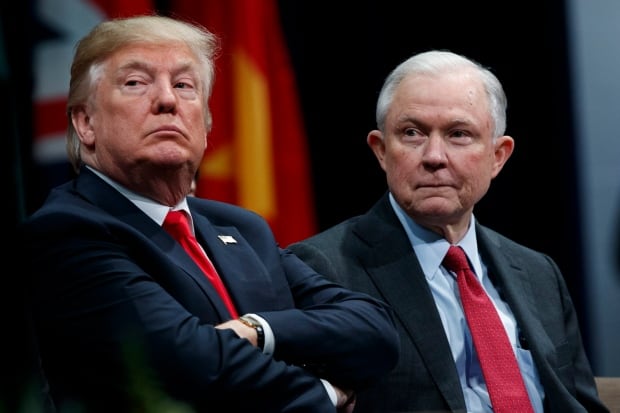 Attorney General Jeff Sessions, right, is pushing the FBI to produce some of Strzok’s messages that have gone missing. (Evan Vucci/Associated Press)

And there are at least three other FBI-related conspiracies currently making the rounds of Republican Washington and the danker corners of the internet. (One of which is being stoked by Russian Twitter bots, allege the Democrats.)

For what is truth and what is fiction now seems to entirely depend on which America its voters believe in.

Patrick Brown has held elected office in Ontario for 18 years, but he was still somehow a bit of an enigma to Ontario voters.

The former Barrie city councillor and three-term federal MP was the surprise winner of the 2015 race for the leadership of the provincial Progressive Conservatives, out-organizing better known names like Christine Elliott and Lisa McLeod.

Over his almost three years at the party’s helm, his slow and cautious approach to policy rarely grabbed attention. “Who is Patrick Brown?” was the headline on a Toronto Star profile published this past November, which detailed his hard-working ways, love of hockey and art, and status as a lifelong teetotaler.

Now, suddenly, all of Canada knows much more about the 39-year-old than they probably ever wanted to, following allegations of sexual misconduct broadcast by CTV News last night.

A visibly emotional Brown said he was made aware of the allegations earlier on Wednesday, but he did not provide details. (Aaron Vincent Elkaim/Canadian Press)

Brown denied the claims at a hastily arranged news conference held shortly before 10 p.m. last night, but it hardly mattered.

Within an hour, his entire political brain trust had resigned.

This evening I learned of allegations against Patrick Brown. As a result, it is in the best interest of the PC Party that he step down immediately.

As he has chosen to follow a different route, I am resigning as the PC Party Press Secretary.

By 11:30 p.m. Toronto time, Navigator, a public relations firm that once represented Jian Ghomeshi, was publicly denying reports that it was going to try and help the PC leader spin his way out of the situation.

Two hours after that, following a conference call with his unhappy MPPs, Brown bowed to the inevitable and stepped down. 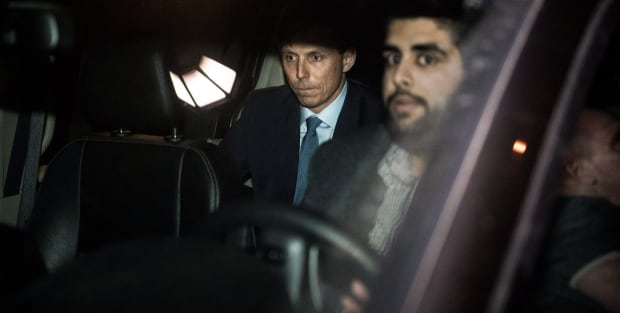 The whole cycle, from media allegations to public judgment to self-sentencing, took just under five hours. A new land-speed record for a Canadian political downfall.

Jamie Baillie, the leader of Nova Scotia’s Progressive Conservatives, also resigned yesterday over allegations of sexual harassment. While the news came as a shock to voters, his party had been grappling with the issue for more than a month, since a female staff member came forward with a complaint in December. 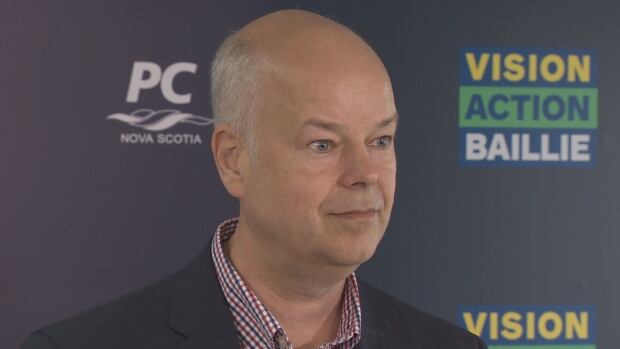 There was no such external process for Brown.

The #MeToo movement that has been roiling the entertainment industry since the Harvey Weinstein allegations last October took a while to make its presence felt in politics. Longer still in Canada’s corridors of power.

Some politicians, like Donald Trump, are seemingly impervious to its power. Others, like Sen. Al Franken and Norway’s Trond Giske, staggered on for weeks under the weight of allegations before resigning.

If Patrick Brown shows up at Queen's Park today, this is what he will find outside his office pic.twitter.com/aofMhHdSdh

Brown won his party leadership — and for a while, the attention of Ontario voters — by promising change.

Four months out from a provincial election he has delivered.

In a way that no one imagined.

Just hours after Brown’s resignation, Justin Trudeau was asked about one of his own caucus, Kent Hehr, the Minister of Sports and Persons with Disabilities, and allegations that he made unwelcome comments about women’s bodies while serving the Alberta legislature.

“I am unequivocal in my support for women who step forward with allegations of this nature. And that continues,” the Prime Minister responded.

Britain wants to become a nanny state — at least when it comes to artificial intelligence.

In a speech today at the World Economic Forum in Davos, Prime Minister Theresa May declared her country’s ambition to become a world leader in deciding how such technology can be deployed in a “safe and ethical” manner.

Britain’s Prime Minister Theresa May gave a speech at the World Economic Forum on Thursday, saying the U.K. wants to become a world leader in determining how AI can be deployed in a ‘safe and ethical’ manner. (Ruben Sprich/Reuters)

“It is a test that I am confident we can meet,” she said. “For right across the long sweep of history, from the invention of electricity to advent of factory production, time and again initially disquieting innovations have delivered previously unthinkable advances and we have found the way to make those changes work for all our people.”

May is placing her government on the other side of the debate from perhaps the U.K.’s greatest mind — theoretical physicist Stephen Hawking.

Physicist Stephen Hawking has warned that, ‘The development of full artificial intelligence could spell the end of the human race.’ (Lucas Jackson/Reuters)

Back in 2014, the author and former Cambridge University professor delivered a stark warning about the rise of self-sufficient technology.

“The development of full artificial intelligence could spell the end of the human race,” he told the BBC.

And he is not alone in his concerns.

Silicon Valley entrepreneur Elon Musk has warned about the possibility that his fellow inventors could “produce something evil by accident,” like maybe “a fleet of artificial intelligence-enhanced robots capable of destroying mankind.” 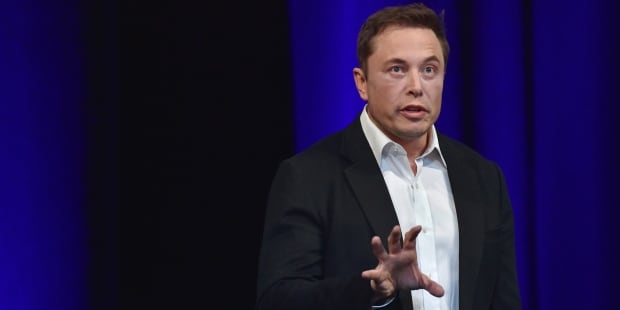 Now he’s putting his money where his mouth is, having co-founded a billion-dollar non-profit dedicated to making AI safer.

Building safeguards into the next wave of technology might be the best that humans can do, since halting, or even slowing AI development no longer appears to be an option.

China has gone public with its goal of matching American AI capability by 2020, and becoming the world’s leader by 2030, by creating a domestic industry worth $150 billion US. And they appear to be well on their way. Earlier this month, Chinese tech firm Alibaba revealed that it now has a deep-learning model that surpass humans in reading comprehension. 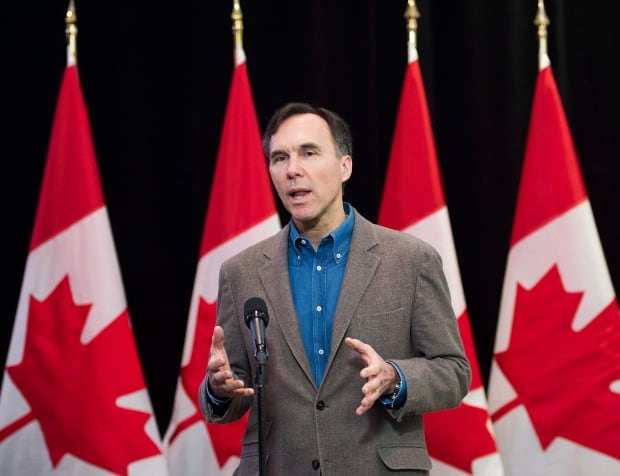 Minister of Finance Bill Morneau says Canada ‘can’t afford not to be’ a leader in digital innovation. (Nathan Denette/Canadian Press)

And Canada, which has long been among the top AI nations, is also upping its game. The recent federal budget included a $125 million commitment to create a Pan-Canada Artificial Intelligence Strategy.

“Canada can be a world leader in digital innovation … we can’t afford not to be,” Bill Morneau, the minister of finance, told the House.

Unless, of course, the robots tell us differently.

Trump weakened the state of the union by wrecking the environment